In 2012, The Daily Meal named Rockland, Maine as one of its top 9 best foodie towns in the US. 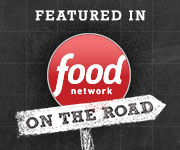 Their criteria is a town has to have a population less than 300k,  an abundance of local fresh ingredients, a passion for cooking, a density of dining options and a place where food is always making a media buzz. Over the past 10 years, locals have always thought of Rockland as a happening culinary scene and are happy to see the rest of the world agrees.  So how does Rockland stand up to the criteria?

Population- check.  For The Daily Meal a small town is less than 300,000 people. Here is Maine Rockland is one of our states medium sized city with a population of about 7,300.

Fresh Ingredients – check.  The Rockland/Camden area like most of the state of Maine value small local farms and are rich with a variety of fresh ingredients.  Our lobsters, shrimp, scallops, clams, oysters, salmon and other seafood certainly does not have to travel far to be served fresh in our local restaurants.  Rockland itself has crowned itself the “Lobster Capital of the World” for the large lobster harvests in this area.  On the land, the number of small organic farms is growing each year. There are local mills that are processing grains like were done a century ago, oyster farms, smokehouses, a world renowned “mushroom man” who forages mushrooms in the woods, maple syrup sugar shacks, small orchards for apples and pears, wild Maine blueberry fields, farms with chickens, beef, pork, lamb, buffalo, turkeys and venison; small local cheese makers, six wineries and five microbreweries. Almost every little village and town in the area has its own farmers market.

Passion for Cooking- check.  The area is home to Melissa Kelly a two-time James Beard award winner for chef of the Northeast and James Beard nominee Brian Hill. There are many Culinary Institute and Johnson and Wale grads in the area and equally as many that are self-taught and just have a passion for food.  Most of the restaurants in the area are small and chef owned and operated so the quality of every dish leaving the kitchen means something.

Density of Dining Options – check. Within the parameters of downtown and slightly south to Primo Restaurant, there are over 42 dining establishments. 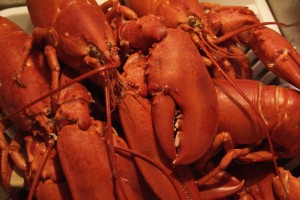 That is a ratio of 1 restaurant for every 175 people living in Rockland – how is that for density? The range of restaurants include fast food to a seafood shack to a James Beard award winner; the cuisines include Sushi, Italian, Seafood, American, Southern American, Mediterranean, Eclectic, Tex-Mex, Mexican, Sandwich shop, Pizza and Thai; offered  pub style, fine dining, take-out, bistro and dives.  And this is just in the downtown area of Rockland; add in the other great seafood shacks and lobster pounds down the peninsulas and the fine dining options in the local Camden and Rockport area and you have a lot of fabulous food choices for the most adventurous to the most discerning palates and everything in between.

Food is a media buzz – check.

We have chefs and restaurants (and even our own Rockland bed and breakfast) that have been on national TV shows, Next Food Network Star, Anthony Bourdaine No Reservations and Throw Downs with Bobby Flay.  Magazine and newspaper coverage includes Bon Appétit, Savor, Rachel Ray, Martha Stewart, Coastal Living Magazine, NY Times, Food Network and too many more to list. Conte’s was named one of the top 10 best seafood dives in the country last year. Melissa Kelly of Primo not only won the James Beard for the Northeast in 2013 but was named Best Chef in America and the restaurant won the 2012 Andrew Harper Grand Award just to name a few.

See you soon and don’t forget to bring your appetite!!