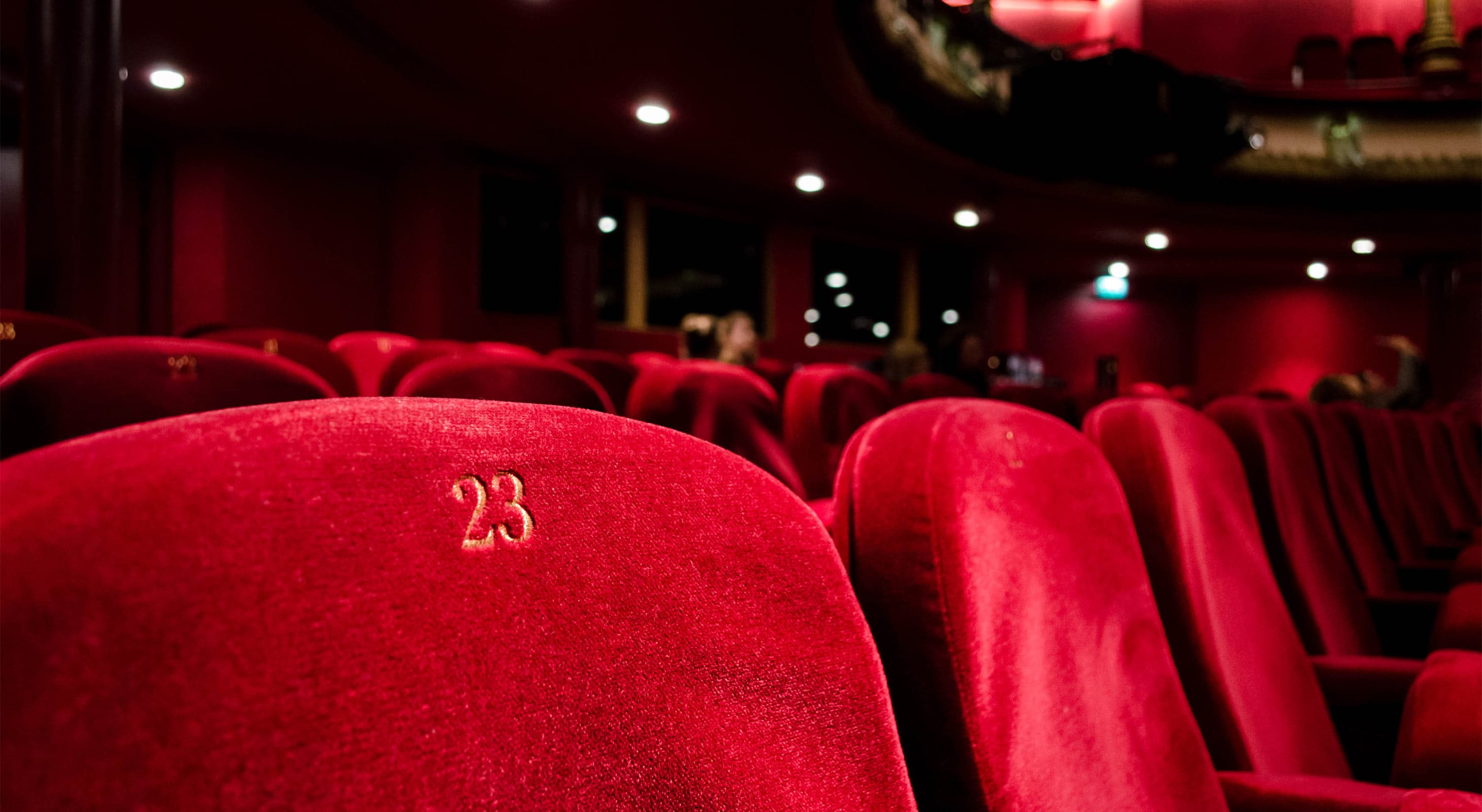 Entertaining audiences since 1923, Rockland Maine’s Strand Theatre takes pride in its place in the center of town. The theatre served as the hub of entertainment for decades, surviving both the Great Depression and the invention of television. But darkness fell in 1997, when a new multiplex cinema opened nearby, challenging the Strand’s stronghold on the movie business. Unable to compete with the glitzy new cinema, the theatre fell on hard times. In 2001, the multiplex purchased the Strand and left it vacant for 3 long years.

The closure of the Strand left an empty and decaying eyesore right in the middle of town. Because of that, the local citizenry determined to restore it to its once grand glory. The Simmons family came to the rescue in 2004. They invested heavily to restore the old grand dame and bring her back to life. After 18 months of restoration, the Strand reopened in 2005. It sported a bright new marquee, state-of-the-art sound and projection equipment, and a 350-seat theatre ready to present live performances, screen films, and host special events.

Determined to ensure a long life for this historic landmark, a committee was formed in 2012 to explore options for its continued success. From this group of local citizens, The Friends of the Strand evolved. It has allowed the theatre to pursue non-profit, tax-exempt status in 2014. As such, the institution could reap the benefits of tax-deductible gifts and federal grants to sustain the quality of its programming without becoming a financial burden.

Now listed on the National Register of Historic Places, the Strand Theatre remains the heart and soul of Rockland’s cultural scene. The proud history of the Strand is a tribute to the strength and determination of a community to hold steadfast to its cherished traditions. The theatre is open year-round to the delight of locals and visitors. It is owned and operated by the non-profit organization, The Friends of the Strand. As a result, the theatre will no doubt continue to offer its innovative programming long into the future.

With comfortable seating in a classic movie-house atmosphere, the Strand presents first-run films, independent features, and documentaries. It’s also the perfect venue for special events. These include the Camden International Film Festival, the Maine Jewish Film Festival, and the occasional film classic or retrospective. Live HD performances from the Metropolitan Opera, the National Theatre of London, and the Bolshoi Ballet grace the big screen as well via satellite simulcasts.

Comedians, entertainers, musicians, and more take center stage throughout the year as well. An intimate venue for live theatre and dance, the Strand continues to attract and present entertainment for the whole family. With a commitment to engaging the arts with the whole community, the theatre sets the stage for student matinees, in-school and after-school workshops led by visiting artists, and special screenings of educational films.

All in all, Rockland Maine’s Strand Theatre retains its charm as a small local theatre with a mission to present programming that adds “to the growth of a strong artistic and cultural community in Maine.” We invite you to visit our midcoast Maine bed and breakfast and experience the splendor of this magnificent multi-use venue for yourselves.